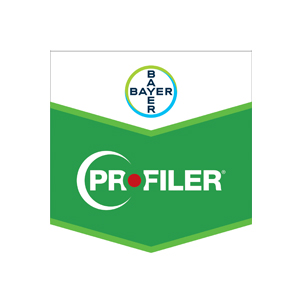 Profiler as a blend of two active substances provides exceptional prevention in disease prevention, but also prevents further development at the onset of use (curative effect 48h after vaginal infection). Due to the specific way of acting resistance (resistance) does not occur. One of the advantages of this product is the effectiveness that is shown against all strains of fungi that have shown resistance to other fungicidal groups.

Fosetyl aluminium is a systemic active substance that is passed through the leaf and then transported in both directions to the root and to the top. It acts twice, directly to the parasitic fungi, while simultaneously flowing the plant’s defense mechanism.

Fluopicolide is the other active substance and adopts the plant in the same way. It has a translamal movement, from face to face, moving through the leaf tissue, and at the same time it moves through the xylem (through plant juices upward). Fluopicolide has a pronounced effect on the Oomycetes class of fungi, which strongly influences the movement of zoospores, germination of spores and the initial growth of mycelium in the fungi, and the prevention of new spores (antisospulent action). What is significant about fluopikolid is its long-term effect.

Profiler is used pre-emptively before the onset of symptoms, from the beginning of flowering to the stage when the grains are about the size of a grain of wheat. (BBCH 53-73). The amount of application is 2,25-3kg / ha with water consumption 600-1000L / ha.

Maximum number of treatments on the same surface during one year is allowed two, in the distance of 10-14 days.

PREPARATION OF A SOLUTION FOR TREATING:

Mix the necessary amount of the product with water in a separate container. Add the solution to the spray tank up to half filled with water. Add the required amount of water with continuous stirring.

INTERACTION WITH OTHER PESTICIDES:

It must not be confused with insecticides with acid reaction, alkaline preparations based on fluoropyramine, bordeaux stew and some foliar fertilizers.

Be the first to review “PROFILER” Cancel reply